Join Zeni aboard The Toad Chronicles for a Transformative Journey 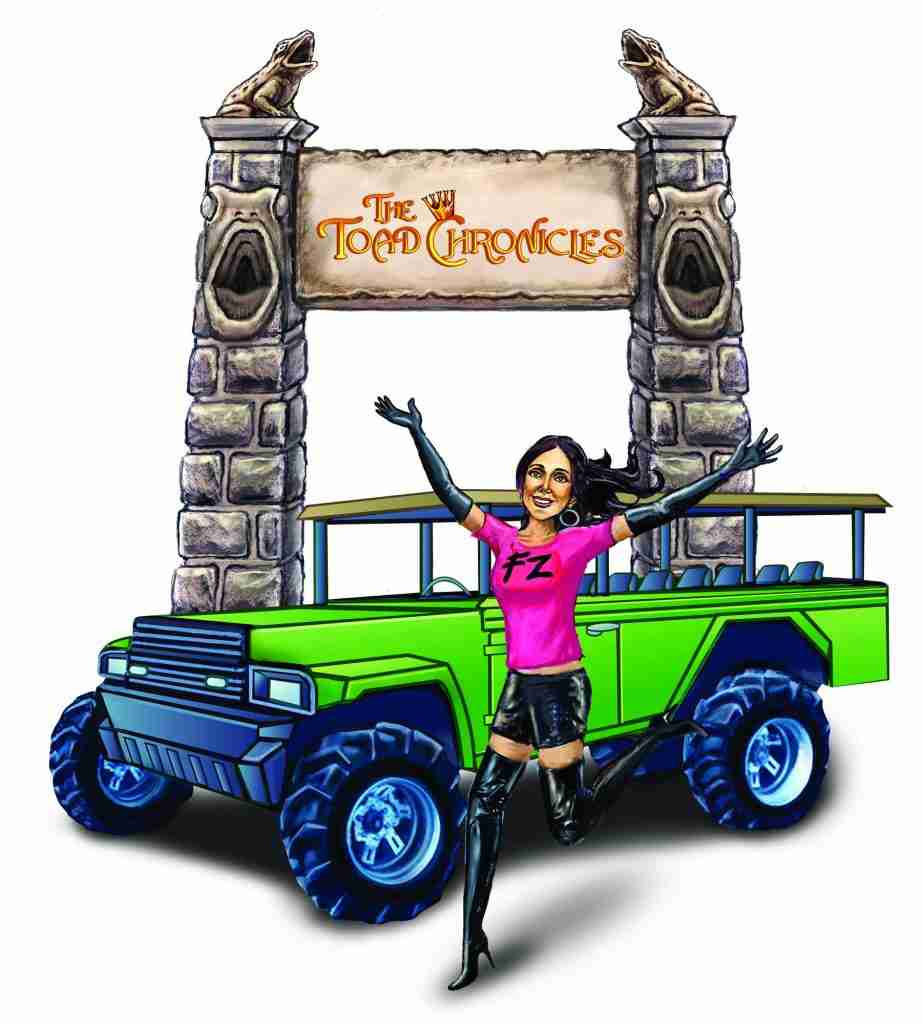 Join Zeni in the Escape the Swamp series, and be whisked away aboard The Toad Chronicles, an inspiring, theme-park adventure ride, set in the metaphorical swamp of life. During the five legs of the ride, or five books of the series, Zeni, the narrator and protagonist, recounts the tales of her escapades to find Prince Charming, only to be met by a swamp filled with toads.

During leg one of the ride, or book one of the series, seven guests join Zeni aboard a swamp buggy and travel to ten exciting destinations. At each stop, they meet one of two species of toads: the “religious freak” toad and the “commitment creep” toad, for a total of eleven toads showcased during leg one.

During leg two of the adventure, eight guests join Zeni aboard a sea plane where Zeni introduces them to the overblown “egomaniacal” toad. Leg three takes guests on a jon boat tour through the swamp, while leg four entails a walking tour of the swamp with the guided assistance of a native American Indian who grew up in the nearby swamp. Leg five, which is about Zeni’s Prince Charming, is still under construction. Throughout the five legs of the ride, guests learn about Zeni’s personal and professional challenges, her struggles, and her warts and imperfections she has been forced to face and transmute through the years in order to rise in her empowerment and escape the swamp.

At the end of each escapade, Zeni and her guests engage in an empowering, sometimes lively, discussion during which Zeni imparts some of the life-altering wisdom she discovered during her adventures. This wisdom, according to Zeni, ultimately changed her perception of life and most importantly, herself, enabling her to rise up in her empowerment, escape the swamp, and become the hero of her very own fairy tale.

Join Zeni for this exciting adventure ride through the swamp. Gain access to the wisdom of the Universe, rise in your empowerment, and become the hero of your own fairy tale! 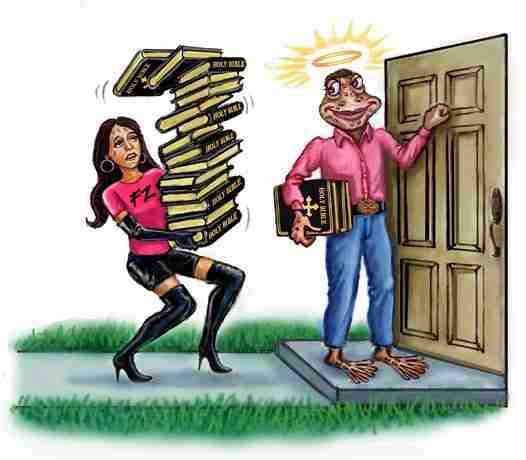 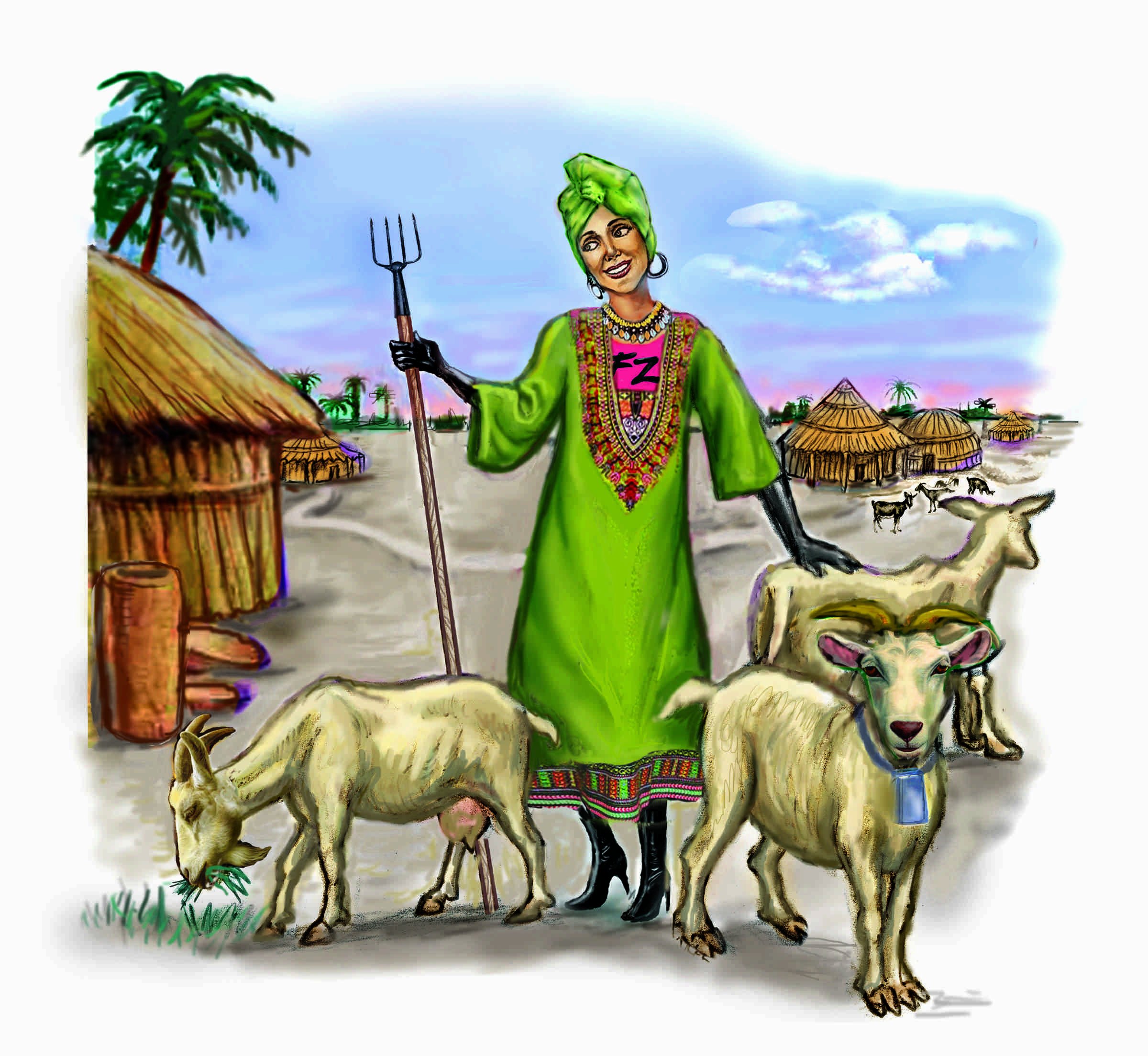 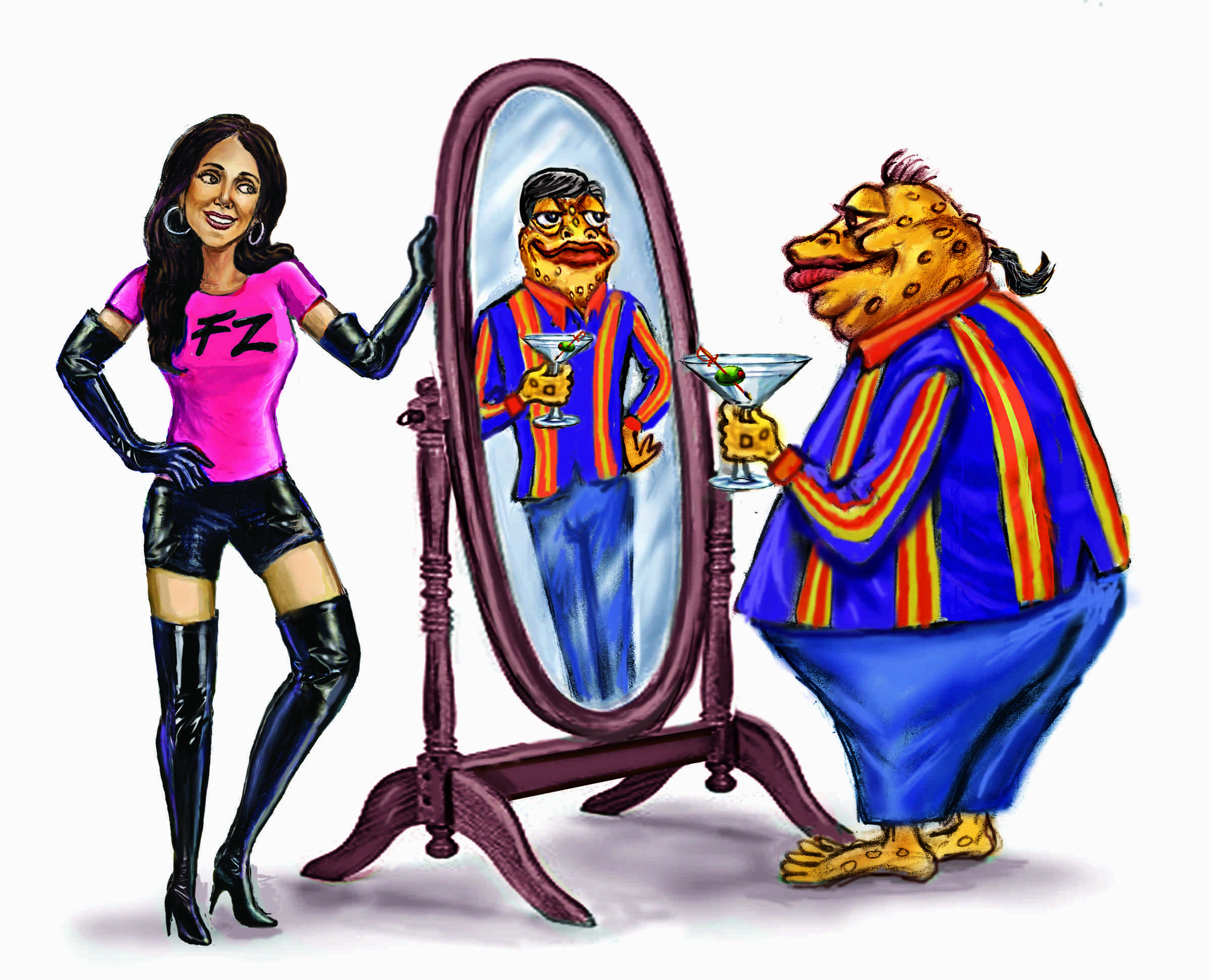 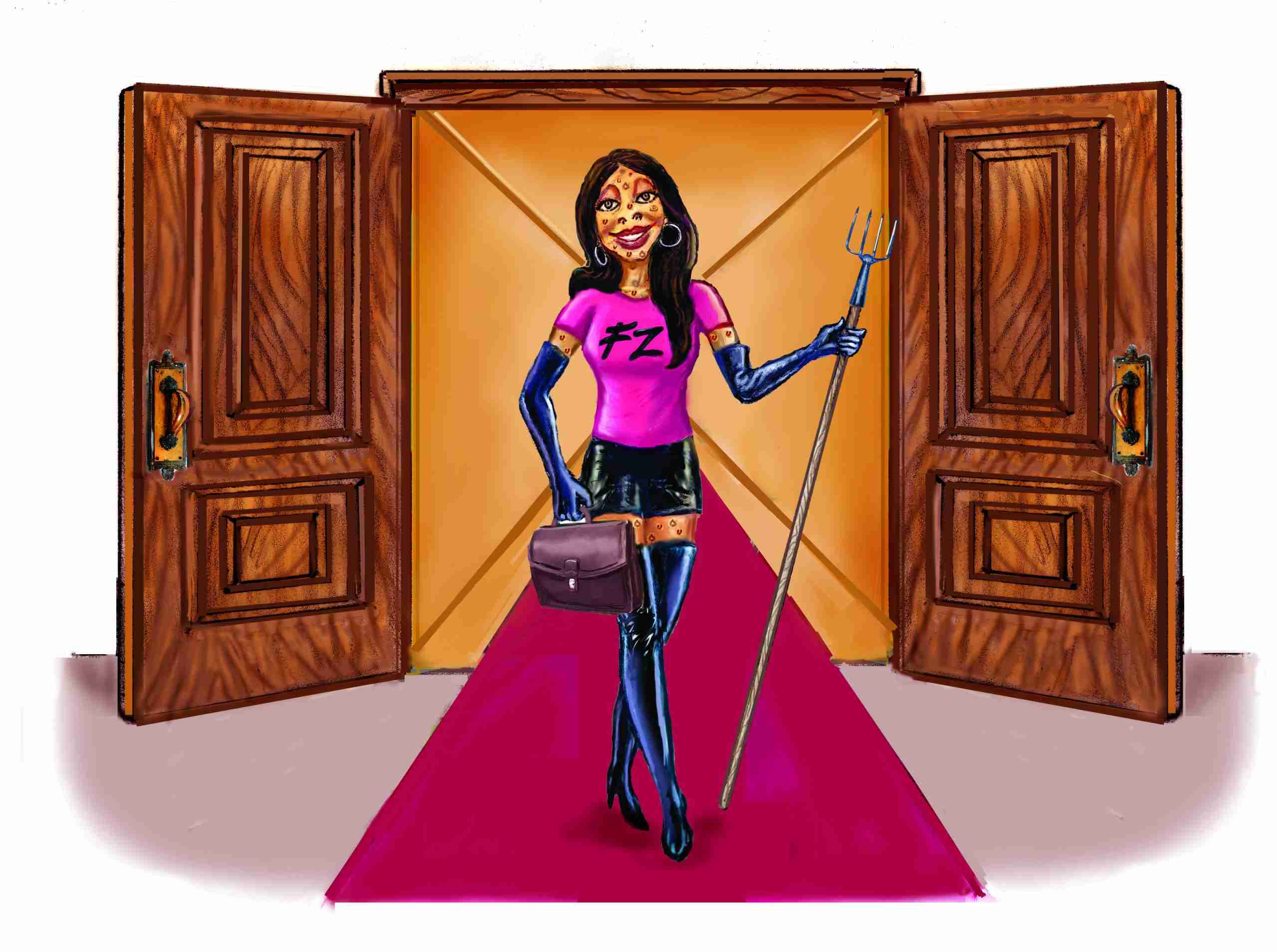 Target Market:
The Toad Chronicles adventure ride is for anyone who wants to rise up, escape the spiritual swamp they are born into, and become the hero of their own fairy tale.

Approach:
Via her inspiring chronicles as recounted during a theme park adventure ride, Zeni shares her transformative journey of self-discovery, empowering readers during their own journey through the swamp.

Objective:
Via the wisdom Zeni imparts, The Toad Chronicles adventure ride aims to inspire visitors to rise in their empowerment, escape the swamp and become the hero of their own fairy tale. 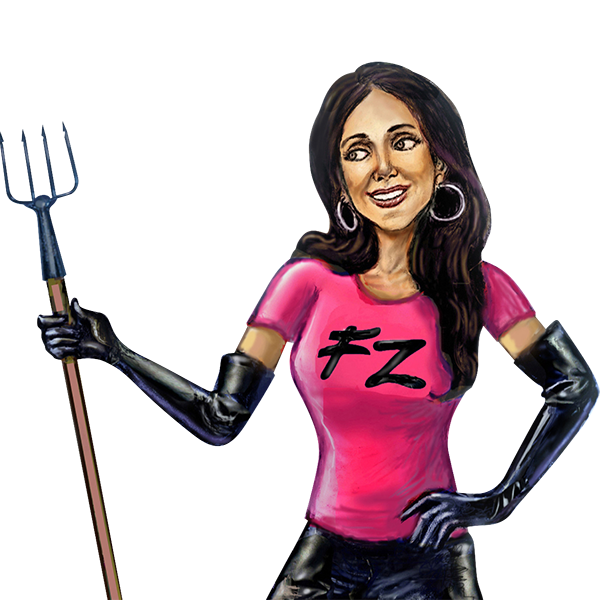 We use cookies on our website to give you the most relevant experience by remembering your preferences and repeat visits. By clicking “Accept”, you consent to the use of ALL the cookies. You can adjust your settings by clicking on the "Cookie Settings" button. For further information, please read our Privacy & Cookie Policy by clicking "Read More."
Do not sell my personal information.
Cookie SettingsAccept Reject All Read More
Manage consent

This website uses cookies to improve your experience while you navigate through the website. Out of these, the cookies that are categorized as necessary are stored on your browser as they are essential for the working of basic functionalities of the website. We also use third-party cookies that help us analyze and understand how you use this website. These cookies will be stored in your browser only with your consent. You also have the option to opt-out of these cookies. But opting out of some of these cookies may affect your browsing experience.
Necessary Always Enabled
Necessary cookies are absolutely essential for the website to function properly. These cookies ensure basic functionalities and security features of the website, anonymously.
Functional
Functional cookies help to perform certain functionalities like sharing the content of the website on social media platforms, collect feedbacks, and other third-party features.
Performance
Performance cookies are used to understand and analyze the key performance indexes of the website which helps in delivering a better user experience for the visitors.
Analytics
Analytical cookies are used to understand how visitors interact with the website. These cookies help provide information on metrics the number of visitors, bounce rate, traffic source, etc.
Advertisement
Advertisement cookies are used to provide visitors with relevant ads and marketing campaigns. These cookies track visitors across websites and collect information to provide customized ads.
Others
Other uncategorized cookies are those that are being analyzed and have not been classified into a category as yet.
SAVE & ACCEPT